To be built in an extremely limited edition of just 350 units, the McLaren 620R is essentially the road-going version of the McLaren 570S GT4 race car, the most winningest McLaren in every championship it has competed in since it was launched in 2017.

After receiving tons of customer requests for an homologated version of the GT4 model for the road, McLaren saw fit to built a special edition sports car that not only harks back to the old days of "win on Sunday, sell on Monday" but also offers a nimbleness not found in the regular 570S.

The 620R is derived directly from the 570S GT4 race car, with whom it shares a rather high level of commonality. Both cars have the same Monocell II carbon fiber chassis, thanks to which the 620R has a dry weight of just 1,282 kg. Adjustable aerodynamic elements, racing suspension and the calibration of the powertrain are also quasi-identical between the two. The main difference relies in the powertrain's output, which makes the 620R the most power car in McLaren's Sports Series lineup to date. With no racing regulations to follow, the M838TE 3.8-liter twin-turbocharged V8 delivers 620 horsepower and 620 Nm (457 lb-ft) of torque, enough for the RWD model to accelerate from 0 to 100 kph (62 mph) in just 2.9 seconds and from 0 to 200 kph (124 mph) in a staggering 8.1 seconds. 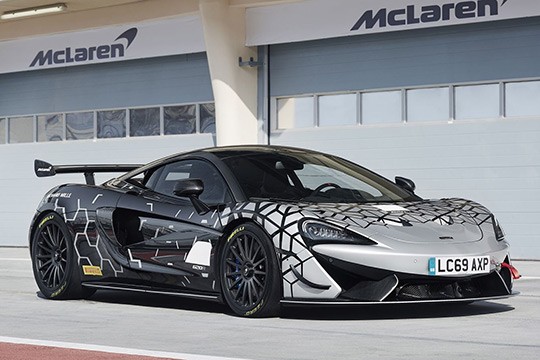 1 McLaren 765LT Tries To Hit 200 Mph on the Autobahn, It All Goes According to Plan

5 This 54-Year-Old McLaren Is Quicker Than a Modern Supercar, It Can Be Yours