Unveiled one year after the launch of the Maserati Granturismo, the more powerful S version had a slightly redesigned look and upgraded mechanics.

The major upgrade though was under the hood, with a new 4.7-liter engine that replaced the 4.2-liter unit. The 500cc increased the power output to 440 hp, compared to 405 hp on the Granturismo.

Quantifiably faster than the Granturismo, the S version could reach 100 km/h in only 4.9 seconds and had a top speed of 295 km/h.

The company’s most powerful car by that time, the Granturismo S was less a grand tourer and more a Sports car. The ZF automatic transmission was replaced by a completely reworked and improved robotised manual transaxle gearbox.

The ride comfort was a little compromised with the stiffer, non-adjustable chassis, as well as with the 20-inch alloys. Adjustable dampers were optional, and the S came with the Maserati’s Skyhook system that allowed the driver to choose the suspension settings straight from the dashboard, depending on the road conditions.

Maserati claimed that the fuel economy was improved by 9%, reaching 11.2 liters/100km in the extra-urban traffic. 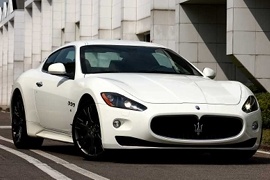 2 Three Grand To Fix Two Items? Welcome to the World of the Used Maserati Quattroporte V8