After a few other final editions, Lotus decided to retire the Elise in a true Final Edition roadster that added a few extra ponies and added some changes to the car's look both in and outside.

It might be hard to imagine how the Elise survived on the market for a quarter of a century. It was revealed in 1996, and it went through constant upgrades over time, but in essence, it remained the same bare-chassis sports car. It was the car that saved the Lotus brand and made it great again. No pun intended.

The major changes were for the colors from the outside, which evoked the original paint schemes of the original, 1996, Elise. Lotus offered the Final Edition 240 in Azure Blue, Black, and Racing Green. As a statement for the final 2021 edition, Lotus added "Final Edition 240 Sport" decals on the front fenders. There was no massive rear wing in the back.

Inside, the biggest change was the TFT instrument panel that replaced the analog dials. It featured a two-screen display, one for regular street use and another one for racing, on the tracks. A thick and slightly wider steering wheel clad in leather and Alcantara helped the driver to keep the car under control via the unassisted steering. Between the seats, the carmaker left the gear-box linkages exposed as a spectacular metallic sculpture.

The engine was the same 1.8-liter supercharged four-mill tuned to provide 240 hp. Yes, the Final Edition Sport 240 was heavier than the original 1996 Elise, but it was still a light sports car by any means, and the engine was there just to push it from one corner to another. 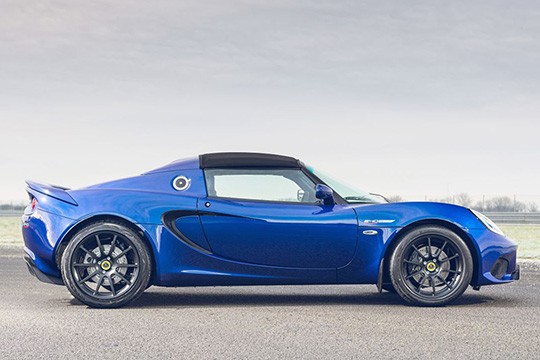