The mid-life cycle facelift for the mid-size SUV from Lincoln came on the market in 2011.

It was a great makeover for the 2007 MKX. Since the beginning, it was based on the Ford Edge mid-size SUV and some of the original features were carried over, but in a better way.

On the outside, the mesh grille was completely changed with a bigger, chromed, V-shaped one. It looks bold, whereas the predecessor looks bald. The standard wheels for 2011 were 18” in size and an optional 20” light-alloy wheels were available. In the back, the reshaped bumper made the trunk loading easier. The rear-end was redesigned, and while the pre-facelift had a long wide red lighting element across the vehicle, after the facelift the taillights were smaller, but not small at all.

Inside were a lot of updates. In the instrument cluster, the analog dials were replaced with a TFT color screen that does look way better. The infotainment system was updated with the newest version of Lincoln Sync that has a better CPU processor. The ventilation and audio system were also controlled via touch-bars placed under the infotainment system touchscreen.

The transmission is the same 6-speed automatic gearbox but now the driver has the possibility to change the gears manually. Last, but not least, the new engine is not only more powerful but also more fuel-efficient. 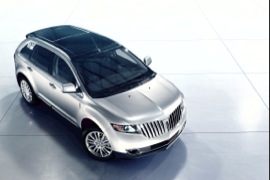