In late 2020, Kia introduced the facelifted version of the sub-compact range Rio.

It brought a breath of fresh air to a car introduced in 2017.

The fourth generation of Rio was designed in Kia's design centers from Russelsheim (Germany) and California. It was no longer a car built for a low budget, but more of a car built to offer the most for its price. The 2021 version enhanced the visual elements and brought more technologies under the skin.

For the 2021 model, Kia designers introduced a massive grille in the lower part of the bumper, despite the small engines. The car's performances did not exactly match its aggressive look, but at least it was a more pleasant view when compared with the non-facelifted version. The angular headlights showed LED daytime running lights around the inner headlamps. The fog lights found their way into the side scoops, used as fake air-intakes to cool the disc brakes.

The interior showed more respect for the customers, and it helped the driver with a new infotainment unit offered as an option, with an 8" touch-screen placed on top of the center stack. The instrument cluster featured traditional, analog dials from its predecessor.

The powertrain was enhanced with a starter-generator that helped the car to comply and exceed the Euro 6d norms. The 1.2-liter and the 1.0-liter mild-hybrid engines were paired as standard with a manual transmission, while the latter unit was available with a 7-speed DCT (dual-clutch) automatic transmission. 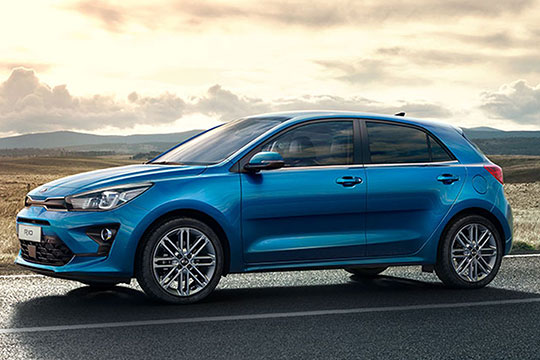