The second generation of the Jeep Compass hit the market in late 2020, and it was offered with a new, 1.3-liter, turbocharged engine.

There are just a handful of car-makers that could claim their superiority in the 4x4 industry, and Jeep is one of them. Apart from a few mishaps, all of their products featured an all-wheel-drive system since the brand was launched in 1948. The first generation of the Compass was their chance to enter in the urban crossover market in 2007. The second generation was introduced in 2016 as a 2017 model year. In 2020 it was refreshed.

Only an eye keen for details could tell the differences between the 2017 and the 2020 models. Elements such as the front bumpers, with a low-mounted radar system, and the black door-mirrors caps were just a few examples. Other than that, the exterior remained similar. Even the headlights looked the same. The rear bumper was slightly different as well.

Inside, the new Uconnect infotainment unit was changed, and it was offered with a 7” or an 8.4” touch-screen. It represented a step forward for car-connectivity via My Uconnect app. It was accessible through various touchpoints, including a mobile app, smartwatch, website, button on the ceiling, and radio.

The most significant differences were under the hood, where the 2020 Compass offered a choice of diesel and gasoline engines. The jeep dropped the 2.4-liter version and received a turbocharged 1.3-liter gasoline unit. There were three choices for diesel units. 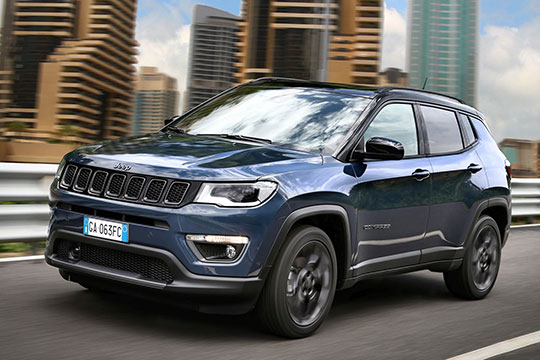