The company was criticized for the exterior design of the vehicle, which looked quite similar to the Toyota Vios. But Geely moved on and continued to produce the car.

The headlights had an angular shape, extended over the hood and sides. No fancy features were found on the model and only classic halogen lamps were available. As an option, customers could also order fog lamps. Inside, the features were limited only to what a driver needs. Power windows were added as an option and same happened with the AC unit. The dashboard was simple, with an overall look that reminded of the Volkswagen Golf V.

There was also a sound system, offered as an option to enhance the look of the center console. Inside, there was not too much room for the rear passengers, especially if they were taller.

Under the hood there were two choices of engines, both gasoline and with a 4-cylinder architecture. With a displacement of 1.5 and 1.8 liter capacity, respectively, these were produced under license from Toyota. The offered transmissions were either a 5-speed manual or a 4-speed automatic.

The model was also available in Russia and some Eastern European countries, since the car didn't pass the safety regulations in the European Union. 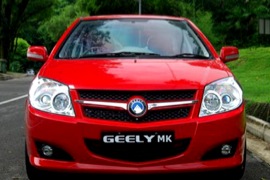 1 Zeekr 009 Will Be the First EV to Adopt the CATL Qilin CTP 3.0 Battery Pack

2 All-Electric Zeekr 001 Breaks Not One, But Two Guinness World Records

4 Geo Metro Convertible: An Awful But Adorable Drop-Top You Can't Help But Love