From the love-affair between Chrysler and Mitsubishi, another offspring emerged: the Summit sedan.

It was a rebadged Mirage that played in the sub-compact segment.

With more people asking for a cheap, reliable, and fuel-efficient vehicle, the Summit should have been a successful vehicle, but it wasn't. First of all, it was not the only one on the market, and it lacked safety features on the base trim levels, while the top version was not that affordable anymore.

Its rounded edges and curved surfaces made the sub-compact sedan looks appealing. The narrow headlights, rounded on their upper side, and corner-mounted turn-signals made it looks sporty. A raked windshield paved the way for the greenhouse and its slightly curved roof toward the sloped rear windscreen and the trunk.

Inside, the Summit offered a decent interior for up to four occupants and, depending on the trim-level, enough features to make the commute easier. The dashboard's design was well composed with rounded lines and soft edges, while Eagle installed a standard AC unit plus a stereo-cassette player.

Under the Summit's hood, the carmaker installed a choice of two engines: a 1.5-liter and a 1.8-liter. Both offered excellent fuel-efficiency for its class, but on the performance factor, its figures didn't impress anyone, especially if they were paired to the sluggish four-speed automatic. 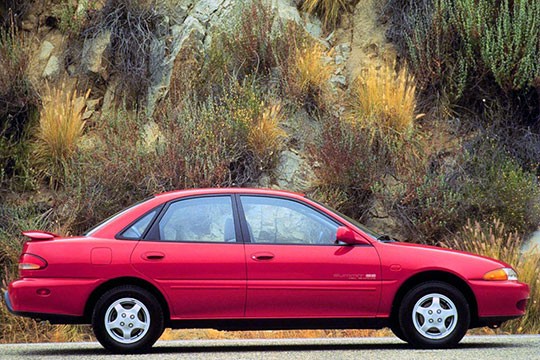