The Dacia Spring electric version was released in 2020 and was the smallest car Dacia ever made.

For the cargo version of the mini SUV, Dacia decided to remove the rear bench, thus increasing the load area from 300 L to 800 L.

The exterior design of the Spring was pretty much the Renault Kwid’s, with narrow headlamps, a big grille with chrome accents and the Dacia logo. From the back, the Spring was similar to the Dacia’s Sandero released in the same year, with a redesigned rear bumper.

The only exterior paint color for the cargo version was white.

The standard features included air conditioning, bluetooth connection and an USB port, 14-inch wheels and black exterior door handles and rear mirrors. A spare tire was not available for the model, Dacia deciding to use the space for cargo.

The Spring had an electric engine that developed 45 hp paired with a 26.8 kW battery.

The autonomy was estimated at around 220 km and possibly 295 km in urban traffic with constant speed and weather conditions close to ideal.

Inside the Spring we could find a simple, well-put together cabin, the interior design not being very different from the Sandero’s older versions.

The users could connect their mobile devices through either Apple CarPlay or Android Auto, using the Dacia’s media-nav system.

Dacia also released a mobile application called “My Dacia”, through which users could see the battery percentage left, the car’s location, the ETA for charging and could turn on the climate control.

The small vehicle had a warranty of 3 years or 100.000 km and Dacia also provided customers with an 8 year warranty for the battery.

The Dacia Spring was expected to be a hit as it was a budget car that offered great advantages. 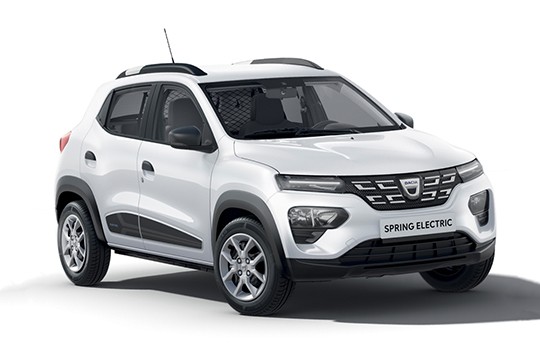