Chevrolet offered the Z28 package on the first-generation Camaro Z28 to compete in the SCCA Trans-Am Series.

In 1977, the American carmaker revived that badge for the second generation.

The Camaro was one of the most famous muscle-cars. After the CAFE rules and the first oil crisis started, that era ended. But the nameplate survived on the market as an affordable sports car. The second generation of the Camaro stormed the showroom doors in 1970, but its weak engines were far from the big-block V8 engines' glorious days. But then, the Z28 showed up again.

You didn't have to be a car specialist to recognize a Z28. Apart from the badges installed on the front fenders, the car received a small update for the radiator's grille as well. Starting with 1978, the Z28 featured a power dome in the hood, with a fake air-intake. Later on, that became functional, and some additional exhaust vents were cut in the front fenders.

Inside, the Z28 was fitted as standard with the minimal requirements for a street vehicle, but there was a long list of options available. The power-windows, air-conditioning, and the stereo-cassette player were the usual items chosen by customers.

The Z28 was fitted with a 5.7-liter engine, available in a few power outputs depending on the manufacturing year and options. The standard transmission was with four-on-the-floor, while a 3-speed automatic was offered as an option. The positronic differential was part of the standard Z28 package. 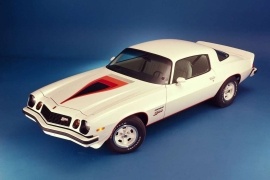 3 Two Equally Priced Drop-Tops Are at the Same Dealership, Which Are You Taking Home?