No ABS, no traction control, no radio, no infotainment system, just some extended fenders and an exposed exhaust.

The Caterham Seven was first launched in 1973, based on the Lotus Seven from 1957. The 2020 Super Seven 1600 was revealed in 2020. While the base remained pretty much the same, it had an improved suspension, a stronger chassis and, of course, a modern engine.

The engine was actually 1.6-liter 4-cylinder with 135 hp and 160 Nm torque. 135 hp might not sound like enough for 2020, however, if you take into consideration the car’s weight, you would understand why this car was agile and had a top speed of 200 kph. With its total weight of 565 kg, the new classic could get to 100 kph in 5 seconds.

The power was sent to the wheels through a 5-speed manual transmission, offering the driver a pure driving experience. Did I mention the small car was not equipped with power steering? That pretty much added to unfiltered sensation.

The driver would very much feel in control of the vehicle and one of the reasons would be the seat being located on the rear axle, while the driver’s hands would be connected directly to the front wheels. 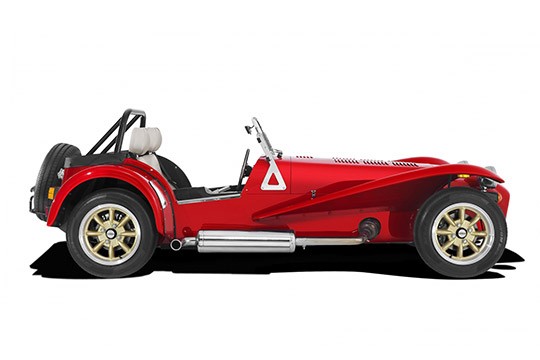 3 Caterham Turns the Seven Into a Kei Car, Gives It Tiny 660cc Engine

4 Want to Become a Racing Driver? Caterham's Academy Package Is The Way to Go