GM introduced the 2018 Buick Regal Sportback at the GM's Design Dome in April 2017.

It was based on the second generation of the European Opel/Vauxhall Insignia.

The North-American and the Chinese market well received the fifth generation of the Buick Regal. It was unveiled in 2008 and updated in 2013 as a 2014 model year. Four years after the facelift, the car was replaced by the sixth generation of the Regal Sportback.

The Sportback version replaced the older sedan model. While the roofline remained almost the same with a curved and sloped back, the designers installed a raked tailgate instead of the regular trunk lid. That added more utility to the premium, mid-sized vehicle. The car's look resembled more of a four-door coupe than a sedan. The engineers installed LED daytime running lights and LED taillights on the vehicle.

The interior offered room for up to five adult passengers, and the rear headroom was increased due to the new silhouette. The designers re-arranged the instrument cluster. It still featured the TFT color-display in the middle, between the tachometer and speedometer, but the fuel level gauge and the coolant temperature dial were moved on top of the small screen. The infotainment display found a better integration into the dashboard and didn't have the same floating appearance as before.

Under the hood, the engineers carried-over the 2.0-liter from the previous generation but upgraded to 250 hp. They added a new version with a 3.6-liter V6, which was offered exclusively with an all-wheel-drive system. 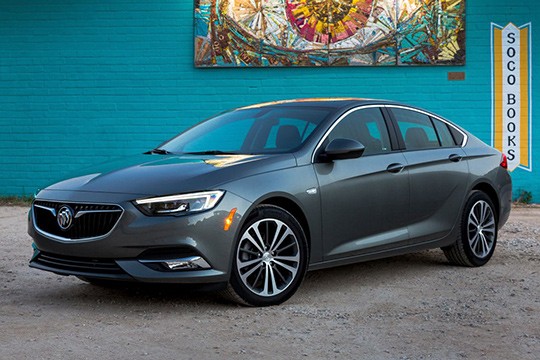 1 2023 Buick Enclave Build & Price Goes Live, Not Much Has Changed

2 This Classic Buick Riviera Is Essentially a LEGO for Grown-Ups, Pretty Challenging Game