BMW introduced a facelifted version of its flagship SUV, the X7, in 2022 and gave it a reworked look and updated powertrains.

Designed as a premium seven-seat vehicle, the biggest SUV made by the German carmaker from Munchen competed against its classic rival Mercedes-Benz GLS and, on American soil, with Cadillac Escalade. But like the three-pointed-star brand, it came with unibody construction, lowering the overall weight.

The design language was similar to the one found on the 7 Series. It sported a huge kidney-grille design, which raged most of the brand's fans. Actually, only about 20% agreed with them, according to BMW, but they gave it a shot anyway. The full-LED headlights were deeply buried inside the upper side of the bumper and were complemented by daytime running lights above them, like a pair of eyebrows.

Inside, BMW refreshed some of the materials and the technique used. Thus, thanks to the newly developed mats and roof, the cabin ensured superior acoustic comfort. Moreover, the carmaker offered the X7 in a six-seat configuration, with two captain seats in the middle row, while the rearmost passengers were greeted by two comfortable seats.

Like its predecessor, the 2022 X7 was exclusively available as an all-wheel drive vehicle. The powertrains came from either an inline-six turbodiesel or a V8. Both versions were paired to an eight-speed automatic transmission with integrated electric assistance for the mild-hybrid system. 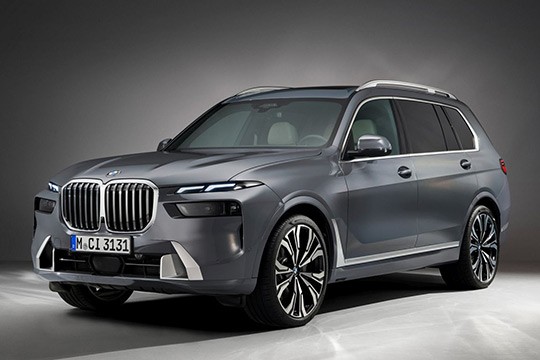