When BMW owned the Land Rover brand, it worked together with the British brand about how to build a successful SUV. Both brands had experience in luxury products, but only Land Rover had a true off-road heritage. The hill descent control, the split-tailgate, and the torque distribution method were parts that made the X5 a great success.

The X5 was based on the E39 5-Series platform and that kept the production costs lower. The design lines were taken from the 5-Series as well. At the facelift, a new set of headlights, grille, and bumpers were installed. The taillights were redesigned as well and new wheels were introduced.

Inside, there were not too many modifications. A new infotainment system was available, with a color display on the center stack. The GPS-navigation system was a good addition. A big, panoramic, roof was added to the options list.

For the engine compartment, the X5 received more powerful engines. The 4.6-liter V8 was replaced by a 4.8-liter unit. The diesel engine, which was the most demanded version on the European market was upgraded from 184hp to 218hp. The most important update to the drivetrain was the introduction of the 6-speed automatic instead of the older 5-speed, while the xDrive (all-wheel-drive) system was upgraded. 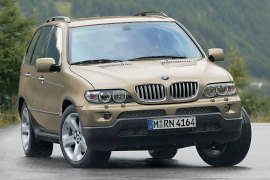 4 Quick BMW XM Redesigns Manage to Clean the Messy Designer Act, but Is It Enough?