5 BMW Owners, Check Your iDrive for a Special Thanksgiving Message

Thanks to the immense success achieved by its bigger brothers, the M3 CS and the M4 CS, the first ever BMW M2 CS is a limited edition model that is also the base for a racing car. With a much sharper exterior design than the M2 Competition, more power and various sporty or lightweight components making their way onto the model, the new M2 CS will surely get a massive fan base.

Just like the M2 Competition, the M2 Club Sport is powered by a twin-turbocharged 3.0-liter inline-six, with the powerplant having been borrowed from its bigger brothers, the M3 and M4. With an output of 450 horsepower, the car is not only more powerful than the M2 Competition, but trumps even its engine donors' cars. Exterior updates include a carbon fiber engine hood with an air intake right in the middle, which apparently not only aid in engine cooling but also increases downforce over the front axle. For the first time ever, BMW Motorsport has also optioned the M2 with a carbon fiber roof for the Club Sport, which not only lowers the center of gravity but also makes the body of the car more rigid for better handling. The M Sport brakes are larger than the ones fitted to the M2 Competition as well, with the front discs having a diameter of no less than 400 mm. 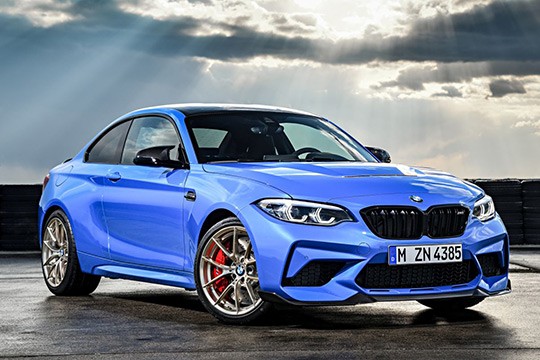