No more drama and no more facelifted version for the Acura TLX since the Japanese premium car-maker brought a new sport-sedan in 2020.

Acura introduced the first generation of the TLX was in 2014, and it was based on the same platform as the Honda Accord. The design elements were completely different, but they used the same engines. The second generation started from a blank sheet of paper, with a new platform,

The Acura TLX featured an angular design, with headlights that mimicked an angry samurai's eyes. With a pentagonal shaped grille and other air-intakes in the apron, the TLX looked aggressive. Sharp lines were designed on the sides and on the rear panel. The 2021 model was wider and longer than its predecessor. The headlights and taillights featured LED lamps.

Inside, due to its longer wheelbase by 3.7" (94 mm), the TLX offered more legroom for the rear passengers. The middle seat was cramped due to the big center tunnel since it was available with an all-wheel-drive system as well. Acura fitted the front seats with up to 16-way adjustments to increase the front occupant's comfort. A new infotainment unit was developed, and it was Apple CarPlay and Android Auto compatible.

For the drivetrain, the TLX was offered in various trim level. 2021 marked the return of the Type S version, which featured all-wheel-drive and adaptive damper settings. There were four engines available, and all of them were mated to automatic transmissions with 8, 9, or ten gears, depending on the engine. 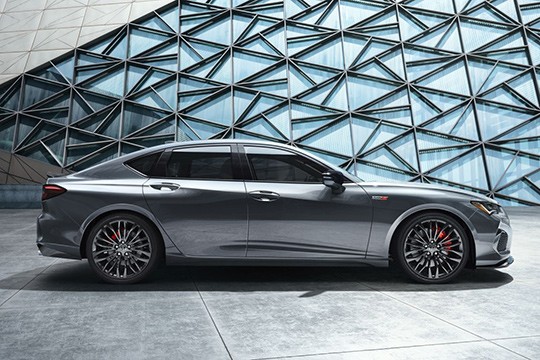 5 New Acura Integra Gets Dressed in Racing Attire, Will Take On the Pikes Peak Hill Climb