The most stylish and performance-oriented SUV in their history, the MDX was built on a completely new platform.

The exterior design suffered lots of changes over the years and seems that Acura learned exactly what to do to turn heads.

With a bold and aggressive look, the MDX a low wide stance and the radical design transformation included a longer hood and a sleek cabin.

New LED highlits, daytime running lights and LED stoplights were part of the new package, as well as tiny foglamps.
The diamond-shaped grille emphasized the sporty-luxurious nature of the MDX.

For the new MDX, Acura improved the steering with the introduction of the EPS (Electric Power Steering) for increased steering assist. The system offered a precise, smooth and almost instantaneous steering response.

The third row was improved with additional headroom and legroom, while with the new sunroof, the 3rd row offered a light and spacious feeling.

The traditional cluster gauges were replaced by a 12.3-inch driver’s meter. The new MDX featured the Acura Precision Cockpit, meaning that the MDX went all-digital removing the traditional gauges.

A new engine was introduced with the MDX, a 3.5-liter V6 powerplant that developed 290 hp. The unit was paired with a 10-speed automatic transmission, with a smooth gearbox that offered a wider gear ratio change. 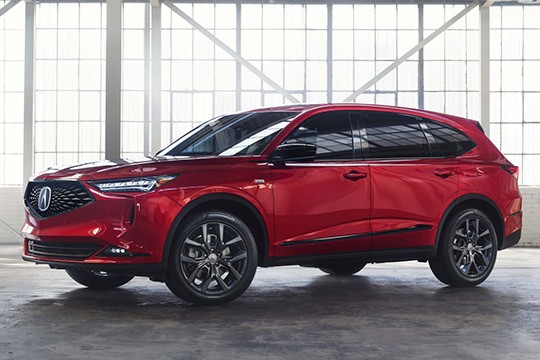